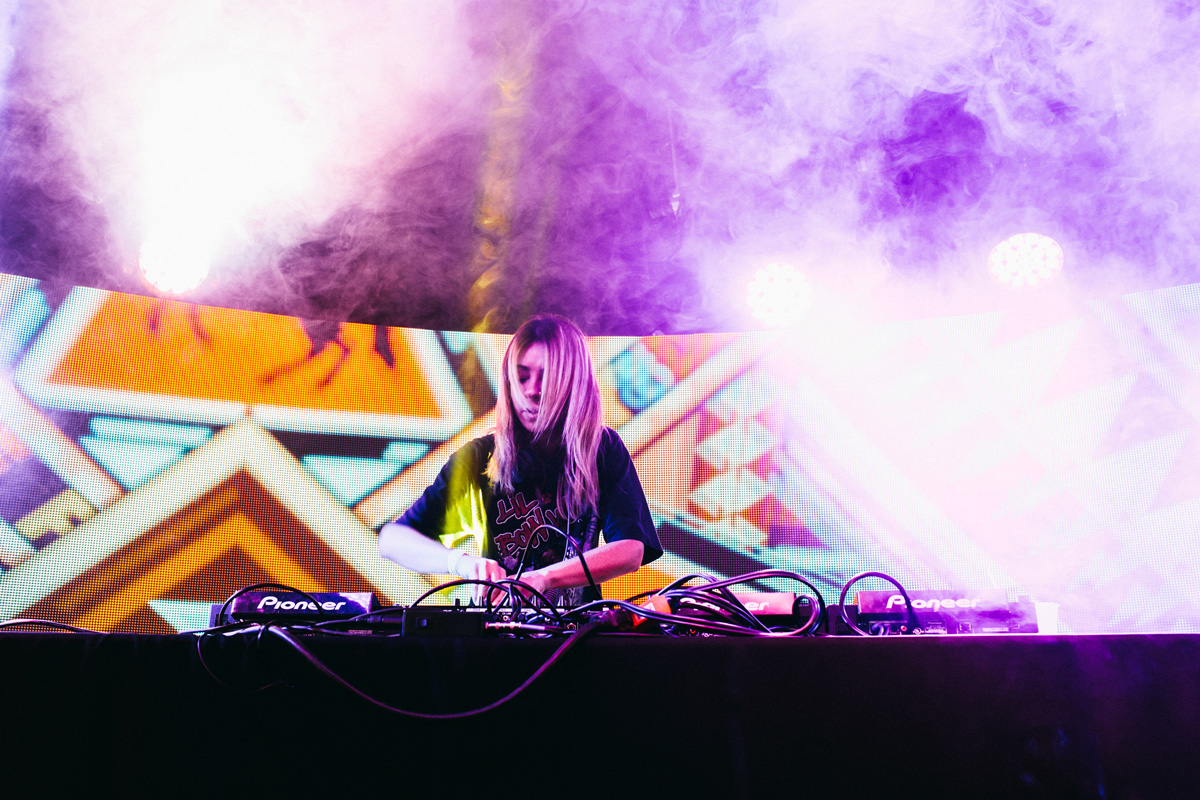 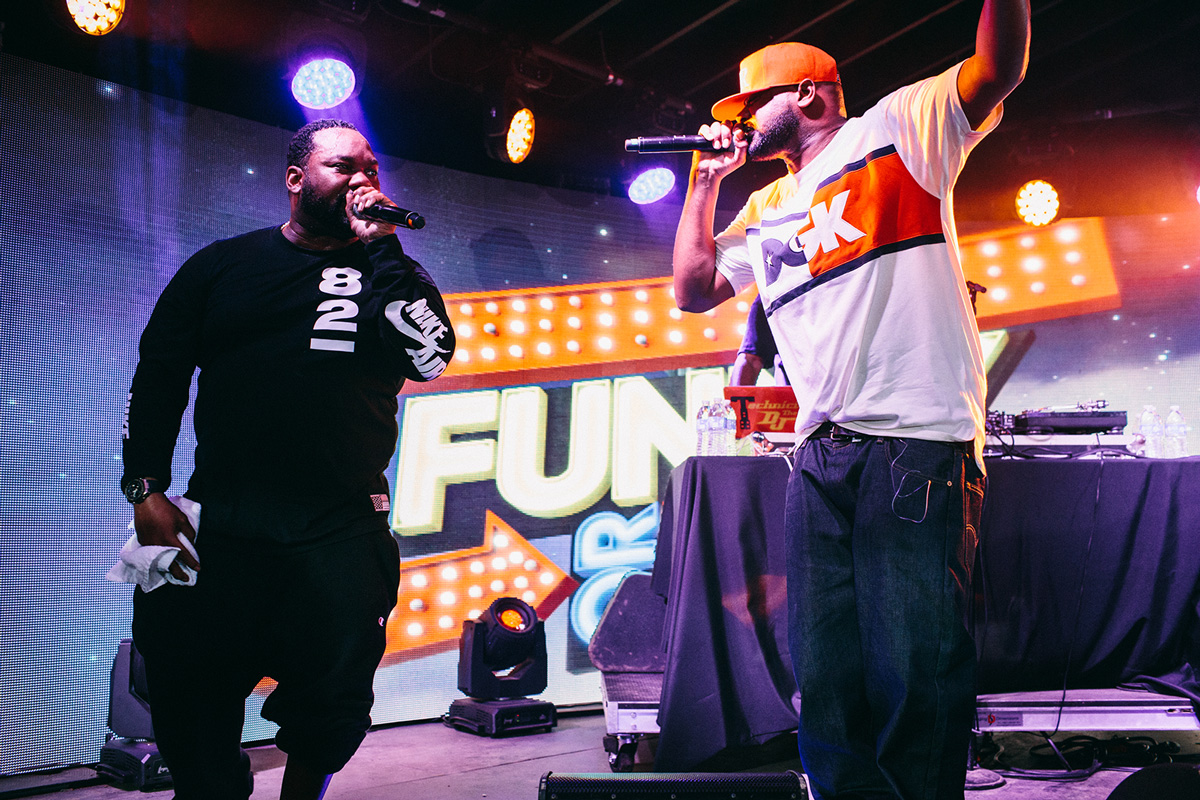 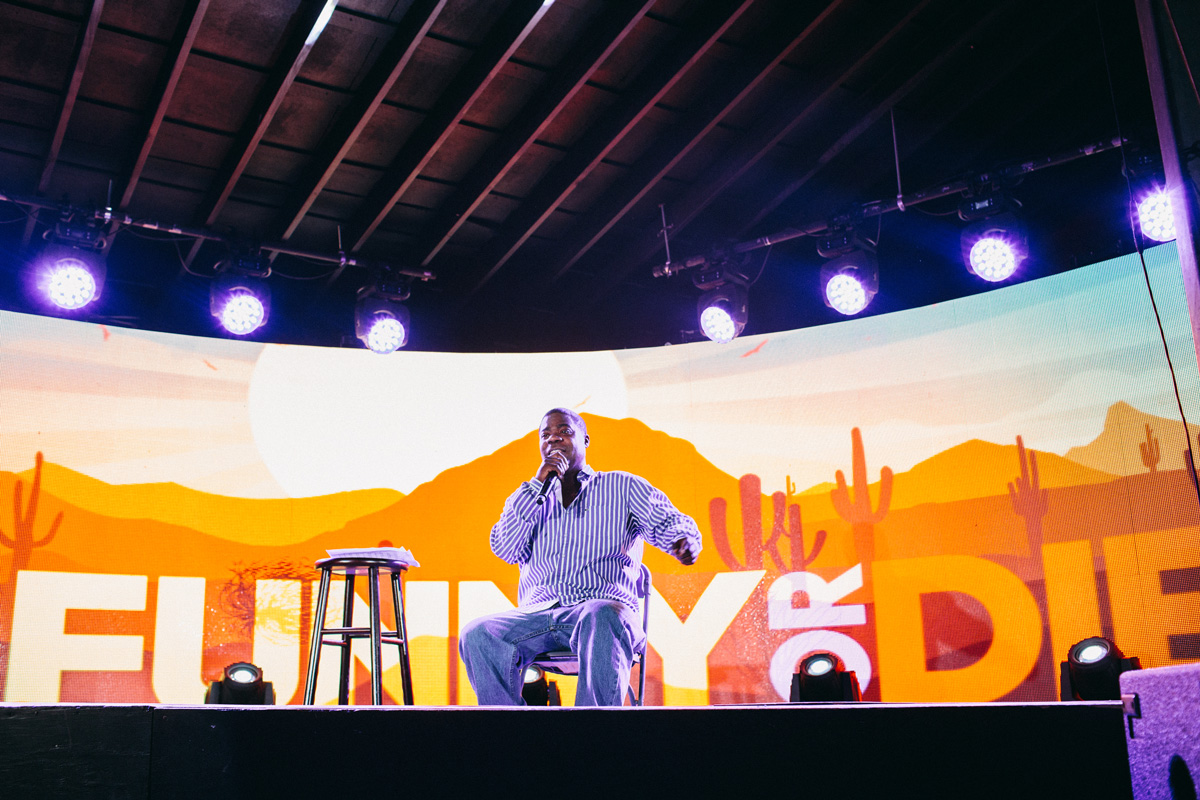 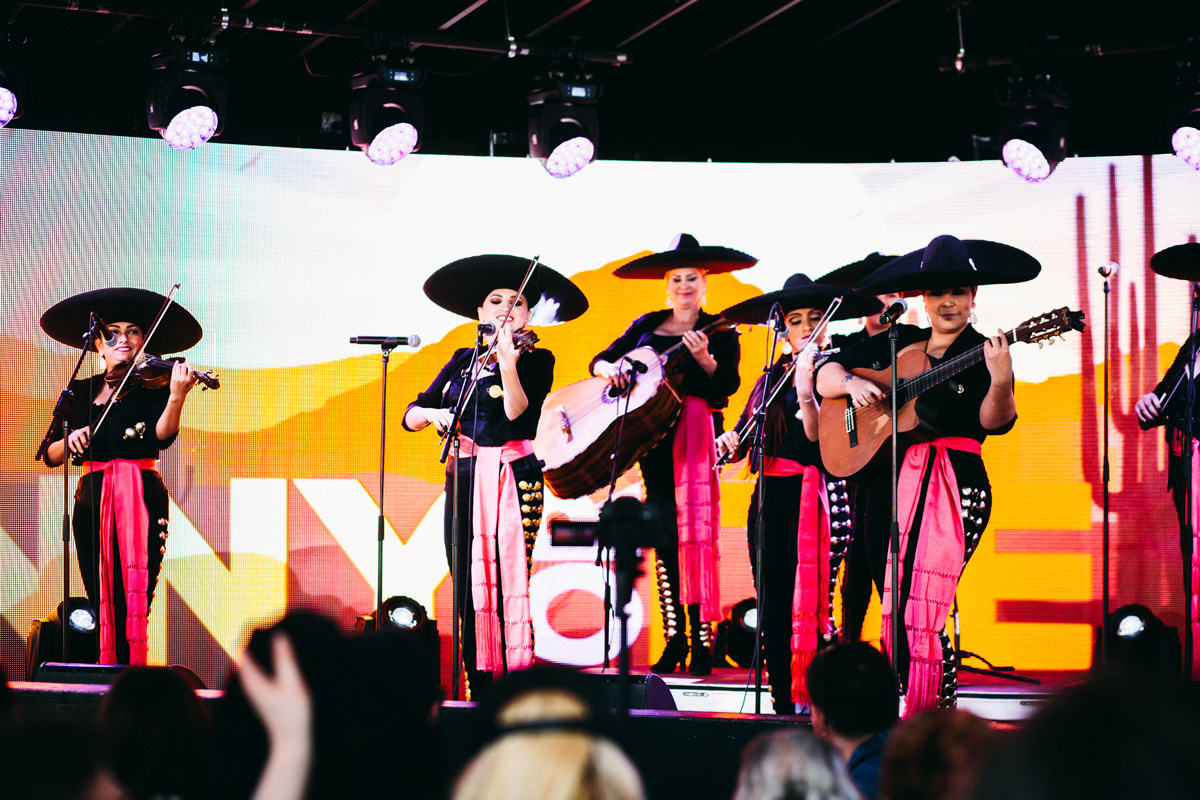 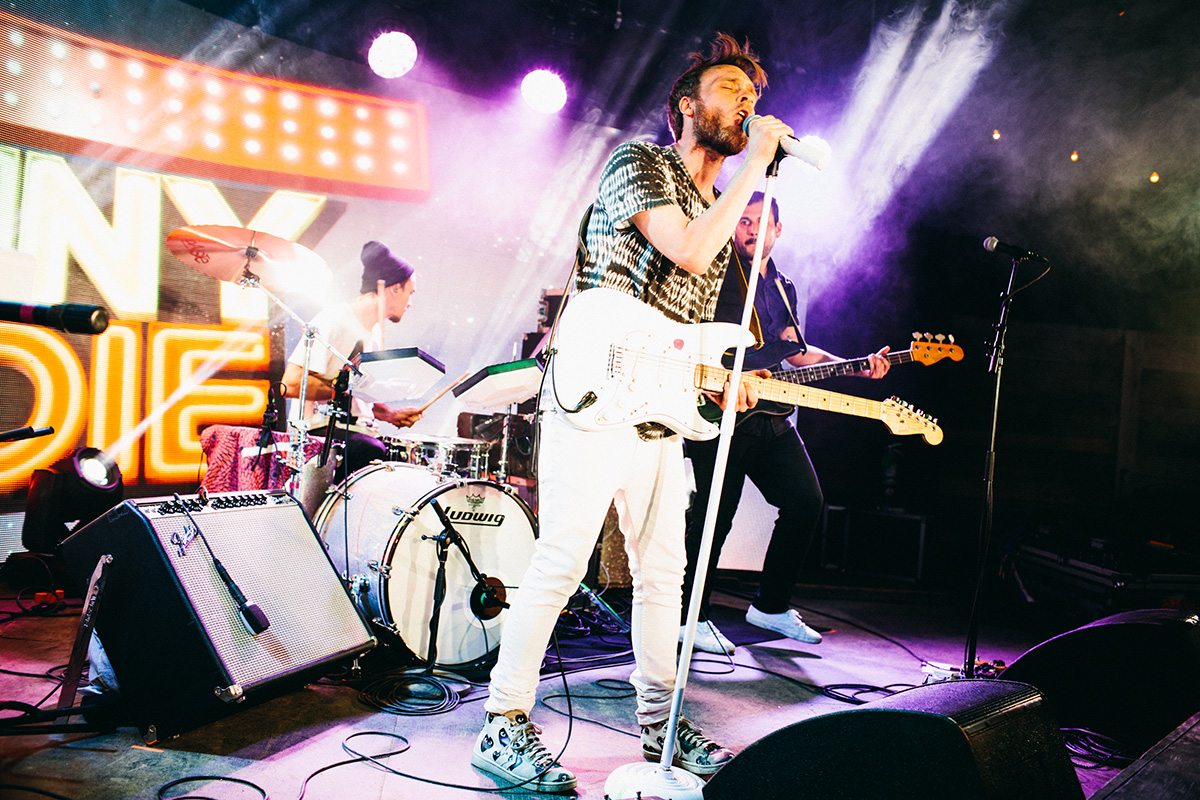 2016 rolled in with a new animation job for us to sink our teeth into. Cleft Clips Comedy Productions asked the Jekyll Works team to create a series of western themed motion graphic stage backdrops for their 2 day Funny Or Die Comedy Show during the 2016 SXSW Festival run. The event took place at the Historic Scoot Inn in Austin, Texas and featured acts such of Penguin Prison, Alison Wonderland, Tracy Morgan doing stand up followed by Ghostface Killah and Raekwon taking down the stage. The backdrops had to represent the Funny Or Die brand and coincide with different types of performances while seamlessly looping for the duration of the sets. Jekyll Works decided to create four different animations with various loop points. Watch Your Head, features falling Western themed objects such as boots, horseshoes, cowboy hats, and cows colliding with and disturbing the individual letters of the Funny Or Die Logo. Electric Slide is a technicolor Texas landscape interspersed with Funny or Die logos that slip by the camera while the sun rises and sets again. The Western Mandala is a vortex of western motifs, vector elements, and Funny Or Die logos that transition periodically between different geometric layouts. Finally our Wild Card animation was a 3d modeled and animated version of the Funny Or Die arrow sign flickering in front of a time-lapse night sky.